Chicago's Lakeview neighborhood is within walking distance of almost everything - trendy boutiques, Chicago's "Off-Loop" theater district, galleries, spectacular nightlife and a wealth of restaurants and coffeehouses. Neighborhood residents enjoy ample opportunities for boating, jogging, volleyball, golfing, skating, biking, fishing and more. Lakeview also offers some of the most diverse shopping in the city.

"The pleasant surprise of Lakeview & Wrigleyville is that once you venture 20 steps from the main shopping, restaurant and bar/club areas, you'll find yourself in beautifully maintained tree-lined streets, with rows of lovely houses in all manner of architectural styles, ranging in age from near-century-old to 3 days ago."
Source: Chicago City & Neighborhood Guide

"Lakeview's borders are roughly defined as Diversey Parkway on the south; Ravenswood Avenue on the west; Irving Park Road on the north and Lake Michigan to the east."
Source: ExploreChicago.org

"Lakeview is packed with some of Chicago's best restaurants and a hip shopping district with cool fashions you won't find anywhere else in the city."
Source: Dreamtown 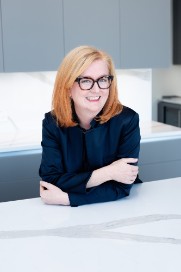 The information set forth on this site is based upon information which we consider reliable, but because it has been supplied by third parties to our franchisees (who in turn supplied it to us), we can not represent that it is accurate or complete, and it should not be relied upon as such. The offerings are subject to errors, omissions, changes, including price, or withdrawal without notice. All dimensions are approximate and have not been verified by the selling party and can not be verified by Sotheby's International Realty Affiliates LLC. It is recommended that you hire a professional in the business of determining dimensions, such as an appraiser, architect or civil engineer, to determine such information.